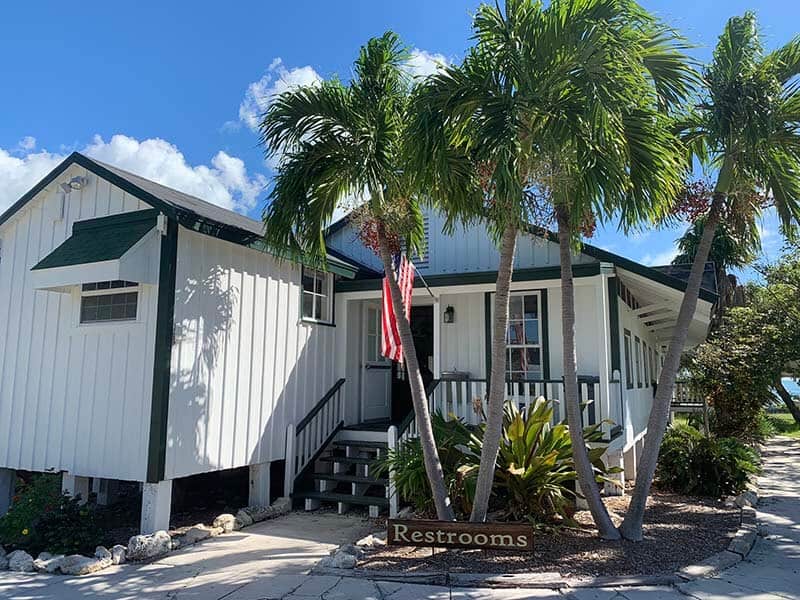 If you’ve been out to visit the island or driven past recently, you may have noticed our many construction projects this year! Between the ramps reconstruction and the Old 7 Mile Bridge repairs, Pigeon Key has been home to barges, cranes, and bulldozers since mid-March. Fortunately, this is nothing new to our hardy little island – and it all started 111 years ago.

When Henry Flagler decided to expand the Florida East Coast Railway to Key West, engineer C.S. Coe was hired to establish and oversee the work camp of the Middle Keys. In 1908, Pigeon Key’s first construction began. The dining quarters, outfitted to feed one hundred workers, was the island’s earliest building. With sliding pocket windows and strong trusses, this sturdy and simple structure stood the test of time and served as the structural blueprint for the rest of the island’s buildings. This building was later converted into a family home for the Paint Foreman residing on the island and currently acts as a student and camper dormitory. Four dormitories for the workers were built in 1909, one of which (Section Gang Quarters) still stands as The Pigeon Key Foundation’s main classroom. At the time, each dormitory housed 64 men.

After the Overseas Railway was completed in 1912, the island was converted from a bridge-building camp to a maintenance camp. The aforementioned Paint Foreman as well the Bridge Tender and Assistant Bridge Tender were each built homes for their families. From 1912-1935 Pigeon Key was a small town with about 40 residents. Similar in structure to the original kitchen, the Assistant Bridge Tender’s and Bridge Tender’s residences have been reoutfitted into our museum and second dormitory, respectively.

With strides in place to complete the ramp connecting the island to Old 7, as well as repairing Irma’s damages to our Honeymoon Cottage and Commissary buildings, this second era of construction and revitalization is a welcome time. Come and see the progress for yourself on a historical tour that takes place three times a day.